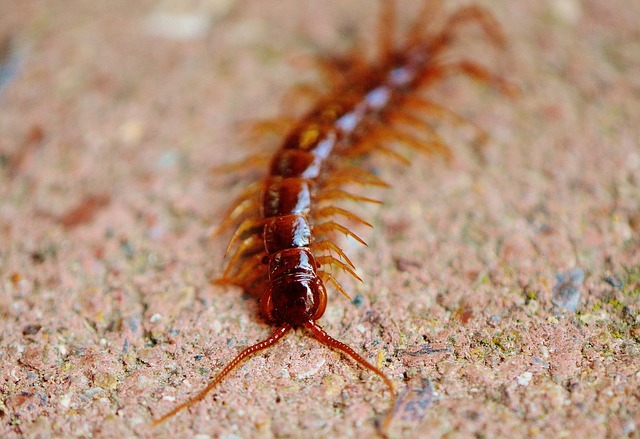 The island is safe from creatures I heard before I moved there. It’s no Australia. No scary snakes or sea creatures. You are safe they said.

One evening we were out at a local hotel, enjoying dinner and a few drinks, when I had an encounter with a local centipede. As I was walking towards our car I clipped something with my sandals. Then the fiery pain kicked into my toes. I had been bitten by a scary looking centipede which scuttled off in front of me, with movements like a snake. How delightful.

A security guard hearing my cries (probably loud cursing, knowing me) appearing clutching a large piece of wood. He proceeded to hit the devourer of my toes but it turned into a low budget horror movie with the centipede who would not die. Every hit of the wood seemed to have no effect on the centipede and it seemed to spur it on. Finally, the creature was no more (fine words for a vegetarian but I was in a lot of pain). 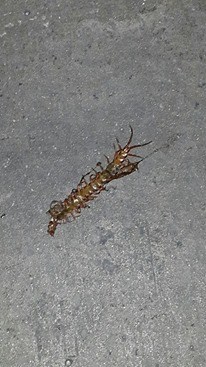 I limped to the reception of the hotel and they were so helpful with natural treatments to take the pain away. The first attempt was a bunch of leaves, torn so that the liquid was ease the pain. I’m not sure what the leaves were but it didn’t work as the leaves were too dry to get any moisture out. Then a piece of raw onion appeared and I was instructed to apply this to the swollen area. Just what my sweaty feet needed. Another strong smell!

Off we took to the medical centre that we are registered with which of course was the other side of the island. With my feet on the car dashboard holding an onion against my bite in the hope of it subsiding. 25 minutes later we arrived at the medical centre with my onion smelling foot but the pain had started to get better. A doctor who was on call saw us and when my husband showed him the photo of the dead centipede he flinched and recoiled. The hatred of the local centipede runs deep. I too, join them. There are tales of centipede encounters where men will scream like a woman giving birth!

The sting of this centipede is not poisonous or lethal but can cause a reaction if you are sensitive to allergies. It is known as the Amazonian giant centipede and can creep into your house at night. Just be sure to give yours sheets a quick shake before you get into bed! Have an onion on standby too as it did work on the pain!
Below is a funny video on how the centipede can make grown men run fast!
https://www.facebook.com/ivan.forde.5/videos/1691561781081166/