by Angela Coleby
in Activities 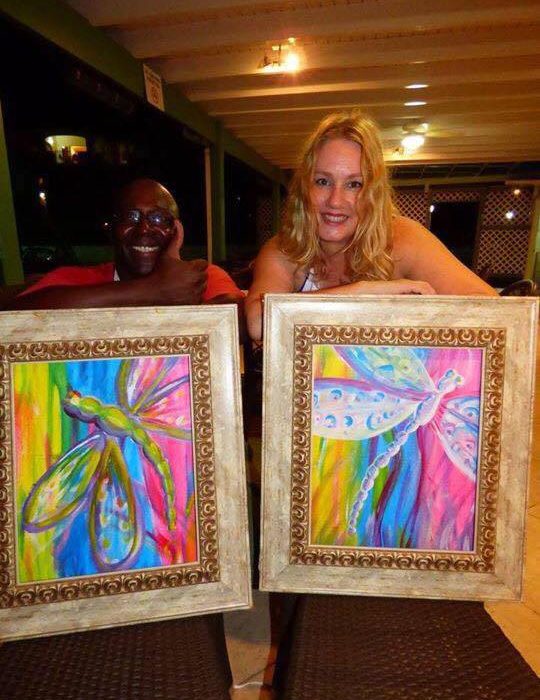 I spent my first year in Barbados going crazy with boredom as I had been used to city living and had a career for the most part of my life.  Previously, when the husband’s job meant that we moved to Dubai, I was able to work there and continue with my career.  I worked with some fantastic people and my time there will always have a special place in my heart.

However, moving to a small island meant that my career was suddenly over due to strict visa restrictions.   Being suddenly forced into premature retirement was not something I had planned on.   When you become an island girl, you need to adapt and change.

So, meeting others on the rock through work was not an option. As we don’t have children, the normal school run and mother’s coffee mornings were out as a way of meeting other people.   Which does not leave an expat wife a lot of options.

An advert came up in my Facebook newsfeed about a social event called “Paint & Groove” that called to me.  I used to love art at school and actually gave up “A” level Maths for art at sixth form (I still became an accountant though!).    It had been years since I put brush to a canvas so was a bit nervous. 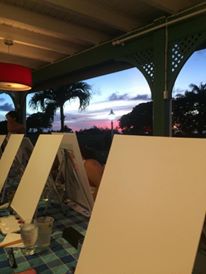 I had the time of my life in my first lesson and was instantly addicted!   The instructor was so warm and friendly, with everyone else attending the class being just as nice.  It finally gave me hope that my time on the rock could be enjoyable!   The format of the class was such fun too!  There was no judgement or instructions as to how the painting should be.  We followed the instructor through every stage of the painting but adding our own creative flair.    What was even better was that there was wine with this!  A grown up painting class!  What more could a bored expat wife want! 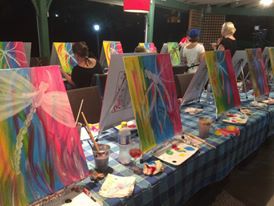 From then on I was addicted and it was so nice to get in touch with my artistic side.  I brushed off my paints and purchased some canvases.  Our house is now adorned with artwork and it’s been the opening of my creative side.  I started to create websites and retrained as a coach.  All thanks to a fun art class.   With wine.  So much wine.   So much fun!  If you see one advertised on your rock, book up!

in Island Life
Expat Life Is Not All Smooth Sailing
in Island Life
A Crazy Island Friday Night
in Drinks, Food & Drink
Campari – The Red Love Affair with St Lucia