by Angela Coleby
in Drinks 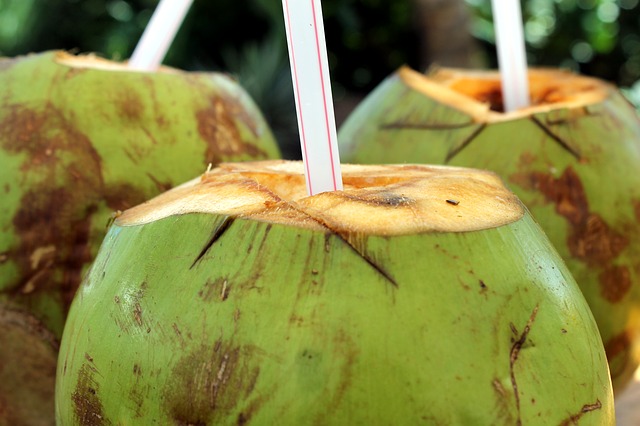 As a healthy food blogger I am more than aware of the benefits of coconut water and back in the UK would pay a pretty penny for something in a carton or horror of horrors a can calling itself coconut water with no doubt a few additives to keep it “fresh”.   One of the great things about living in Barbados is that I now purchase my coconut water freshly extracted from the coconut.   You will see little stalls by the roadside with piles of green coconuts that are managed by men yielding a machete as they expertly chop the coconut open, then pour the water into containers.   These green coconuts also have the coconut “jelly” inside which can be scrapped out and eaten with a spoon. 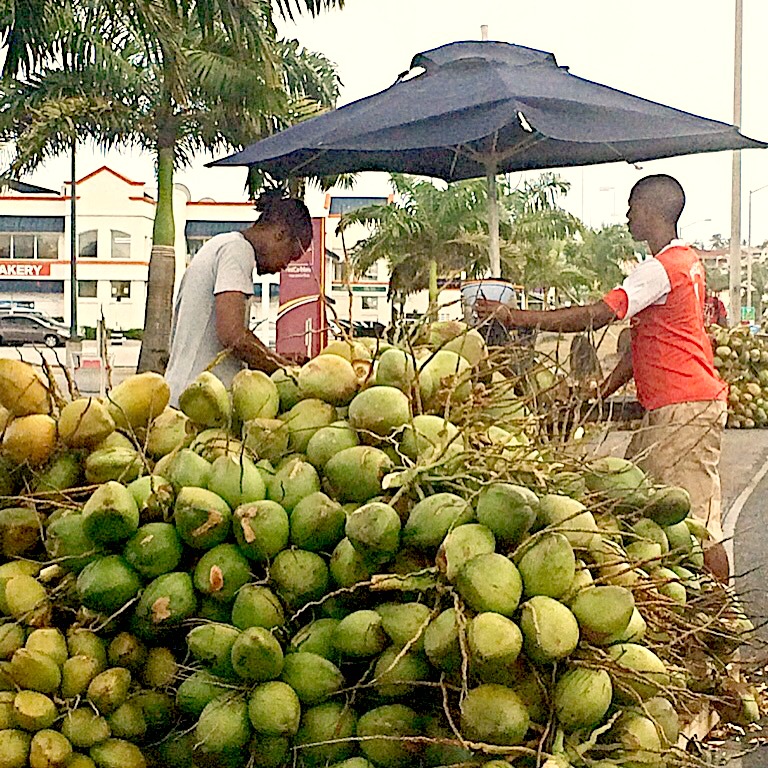 I once saw a report in the newspaper about someone arguing with these men and the end result was not a happy one.  Why on earth would you start arguing with a man wielding a machete and who could probably carve a lotus flower out of one of the coconut shells due to his knife skills?  You are not going to win that one.   As with a small island you get to eventually know what vendors are good and if you see the coconut water poured directly from the shell in front of you, you cannot get much fresher than that.

We are also lucky that we have a few coconut trees in our garden and every few months are visited by men who strap on rock climbing apparatus and scale the trees to cut down the coconuts.  The height they scale turns my stomach as the trees are a lot taller than our house and I often have to turn away as if watching a horror film!   They keep some coconuts, we keep some.  Fair enough for a climb that high!  I still get a kick out of having fresh coconut water directly from my garden! 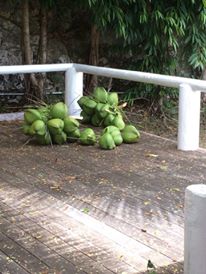 The coconut water also pairs well with rum and a little bit of lime!  Also a great restorative after a night of “liming”!